Letters to God – Hope is Contagious

Last Thursday 12 Aug 2010, met up with Ona to catch the movie “Letters to God“. Few days before that, I saw huanyan mentioned excitedly about this movie on Twitter. The title of this movie itself attracts me. Letters to God? How to write letter to God? So in the end, I managed to get a chance to watch it myself. When Ona and I reached the movie theatre, it was very empty and quiet. Those who followed my twitter would see this tweet “Did I book the whole cinema theatre for Ona to watch Letters to God? 7 mins to the show and there’s only two of us :)”. 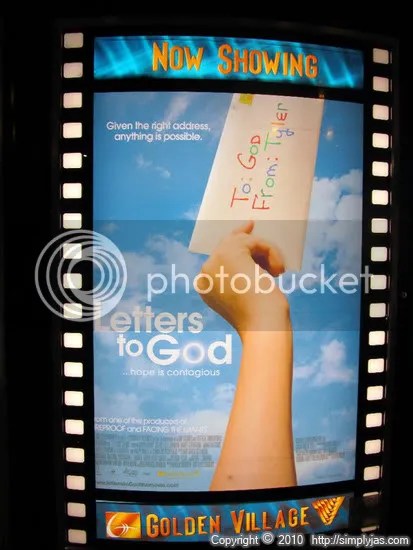 The place was super empty so I told Ona to take a picture for me with the empty theatre. Went down to the ground level and took photos! haha.. after a few seconds, a couple came in. OMG! so embarrassing.. but never mind, it was quite dark so they couldn’t recognise me. After like 15 minutes, more and more people started streaming in. But the number of people watching the movie can be counted using ten fingers. I wonder why.

The script was written by Doughtie and is partly based on his real-life son, also named Tyler, who died of cancer in 2005 when he was 9. The story is about this extraordinary eight year old boy named Tyler. This young boy was fighting with cancer but never fail to write letters to God, mailing his prayers to Heaven. The letters find their way into the hands of a postman Brady McDaniels, who was at a crossroads in his life – suffering from alcohol abuse and in the lawsuit of fighting the custody of his son.

Initially when Brady got the letters, he was confused over what to do with the letters that are needed to “mail” to God. He tried to pass them to the pastor, but was told that these letters ended up in his hands for a reason. Brady becomes entangled in the boy’s journey and started to get to know about Tyler’s family. After knowing for Tyler for some time, Brady was moved by Tyler’s courage of his faith who battled against cancer with bravery and grace every day. Brady was inspired and quit drinking.

The movie lasted for two hours. Halfway during the movie, I was super restless. The middle part of the show was very draggy that I just closed my eyes and opened my ears. But overall, I giving four popcorns for this. After movie, went around vivocity for cam-whoring. Thanks Ona for her openness to share a lot of things to me.

After that, we met Benson and Bentay at Long John Silver for dinner and discussion for the sentosa outing.. loves. 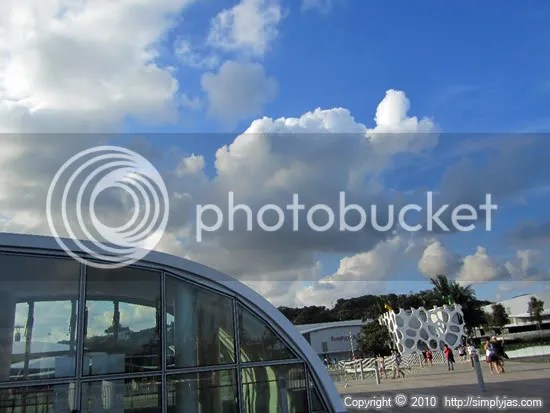 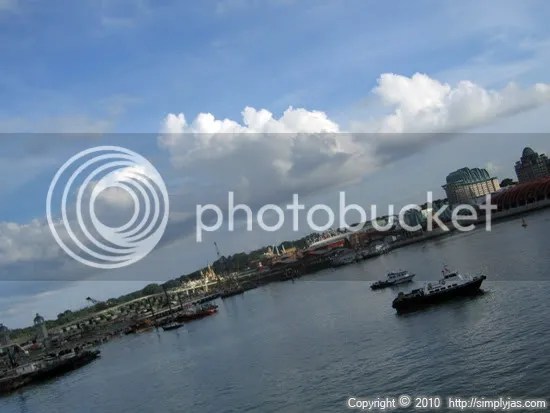 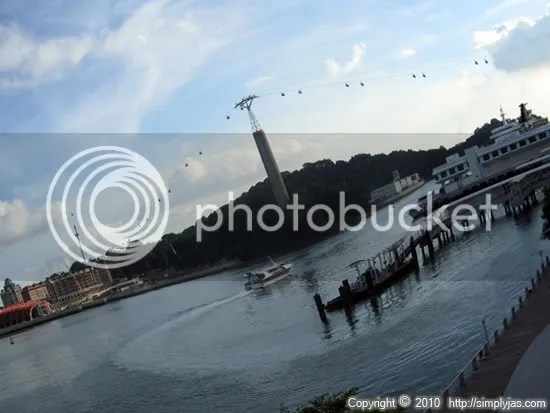 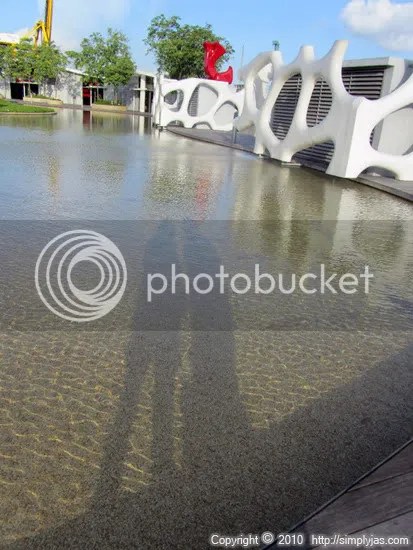